In 1991 Arjan Sikking and Marianne van Berlo hear for the first time an Argentine tango, performed by the renowned Orquesta Típica of . Seized by this music we take lesson the same year and visit Buenos Aires.

The beautiful milongas (tango salons) in Buenos Aires are for us a source of inspiration, particularly the feeling that the dancers radiate: feeling for each other, for the music, for the other dance couples. Here you experience tango at its best.

Touched by the tango we take lessons with Lalo and Mirta Diaz in 1991, teachers from the Academia de Tango in Amsterdam. From them we learn the tango and tango culture.

On our first trip to Buenos Aires in 1991 we come in contact with maestro Pepito Avellaneda, the ‘ King of the Milonga.’ With this important maestro we take a lot of lessons and we learn besides tango, a lot of milonga and in 1994 also our first steps of the tango of the 20s, tango canyengue. Pepito passed away in 1996.

In The Netherlands we meet maestro Antonio Todaro and learn his style of dancing. We follow his classes for a short period. He died in 1994.

In 1994 the Academia de Tango Lalo and Mirta ask us to start teaching. We begin in Leiden, and continue our professorship in Amsterdam at the Academia de Tango. Up to 2004 we teach three nights a week all levels of tango there. We also give special courses such as milonga (with traspies), tango waltz, tango canyengue and music styles in tango based on orchestras such as Di Sarli, Pugliese, Caló, d’Arienzo, Biagi, Canaro and Fresedo.

In 1996 we choose our two main Maestro’s: Aurora Lubiz and Jorge Firpo from Buenos Aires. Next to tango and milonga, we specialize with them in tango orillera and tango canyengue.

It is Aurora and Jorge who for us make a few choreographies for tango fantasía with which we, in addition to own choreographies, regularly perform.

We still work together with both of them, they also regularly give workshops to our students.

For didactics of teaching we attended a number of weekend workshops in 2001 with Juan Lange from Uruguay/Berlin. Beginning in 1981 Juan stands at the cradle of the revival of tango in Berlin. He develops also a method for teaching and has much influence.

Since September 2004, we give courses under our new name . The first year in the newly opened dance center DanceStreet in Amsterdam.

In September 2005 we start our own Tango studio De Plantage in the Plantage area of Amsterdam.
Due to the sale of the property, most of our activities will now take place in Grand Café Frankendael from September 2020.

See here for an article about the building in De Plantage in Whispering walls of Ons Amsterdam (in Dutch).

From 2006 till 2008 we dance in the show Tango Heroes of Carel Kraayenhof 60 performances, beside it we perform regularly.

Our activities for the school and the salon take up a lot of time. Especially the school grows strongly, we now teach fourteen courses spread over five nights of the week.

In 1985 Marianne van Berlo graduats at the Royal Academy of Art and Design at ‘s-Hertogenbosch in the disciplines painting and drawing. She combines her work as Plastic Artist with that of tango teacher and tango dancer.

Arjan travels around the world for some time. He performs his milatery duty in Suriname, travels four years in Asia, Australia and South America, and works a.o.

in the copper- and gold mines of Australia. Besides he is photographer and co-organizes for years the workgroup of Photography Sinus, a meeting place for photographers in development coached by mentors. As chemical researcher Arjan works at Shell and is furthermore active in the Trade Union and the Staff Council.

In 1995 he leaves the Company to devotes himselves entirely to the tango.

Until 2004 he works in the organization of the Academia de Tango and makes an important cotribution to it. This grows to a school of 600 students (2003/4).

Summer 2004 Arjan & Marianne start their own school and salon.

See here for a newspaper interview with Arjan (in Dutch). 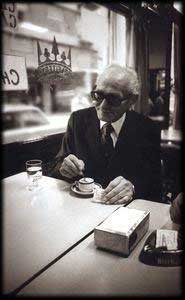 Pianist, composer, orchestra conductor and music union activist Osvaldo Pugliese ranks as one of the pioneers for the modern tango; his compositions are decisive for multiple styles (stages) of the tango music. In 1924 at the age of 19 he composed Recuerdo, with which he makes name as a composer.

In the 1940s riots break out at the premiere of La Yumba. Tango poet Horacio Ferrer describes what happened: “the police tried in vain to push back the people on the sidewalk; fans and onlookers elbowed themselves to the doors of the café where Pugliese played. The room was way too small and already before the start fully packed. Traffic came to a halt. Some grumbled, others stood neatly in the row, most of them discussed the meaning of the word La Yumba “.

In the break Pugliese explained why he had chosen this title: “My piece is called La Yumba, because I tried with this composition to create a synthesis of the style of my orchestra. Yum-ba is a descriptive conversion of the tango rhythm as I feel and play it”.

NB. In the piece, these sounds are played by the double bass.

Pugliese connects in his style a percussive, rhythmically accentuated accompaniment of polyrhythmic structures of the different groups of instruments, which subdivide the beat differently. Polyrhythmic: multiple different rhythms overlapping each other. Within this interplay of different sound levels the soloists, with passionate expressiveness, interpret the melodic themes. In the orchestra of Pugliese the individual members have at all stages a major impact on interpretation and arrangement. 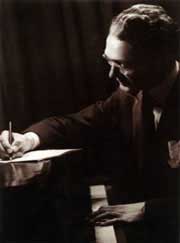 The partnership was registered in the Chamber of Commerce on 1 June 2004 under the following names:

Under these four names we are known.

The name of the Web site is rather historically determined and reads:

For the show Tango Heroes (2006/2007) composes Carel Kraayenhof Alma de Tango a tango in canyengue style, which he dedicates to Arjan & Marianne.

The name is derived from the name of our website. In the show we dance a tango canyengue style on this tango.