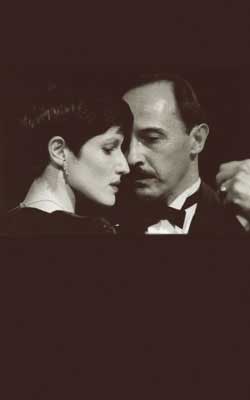 For over twenty years Aurora Lubiz and Jorge Firpo have worked together under the name Firpo & Aurora.

In 1983 they choose a professional tango dance career, where teaching takes up an important place.

Their main maestro’s are Antonio Todaro, Pepito Avellaneda and the Dinzels. They teach around the world with great success, and perform in their own show.

In the world of tango they are respected maestros.

After she and Jorge split up, she gives lessons on her own and performs with different partners.
From 2009 till beginning of 2013 she gives lesson and dances with Luciano Bastos from Brazil.
From 2014 she performs and is on tour regularly with Johnatan Spitel.

Jorge Firpo dances tango since his youth in the local tango clubs. In addition he learns folklore, modern dance and theatre. 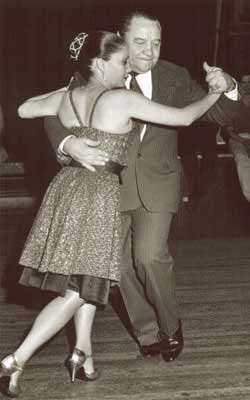 “Today is today, tomorrow is tomorrow”: these are words of Pepito Avellaneda (1930-1996), and he lives up to it. His real name is José Domingo Monteleone.

He comes into contact with dancing when he, as pizza courier, has to deliver the pizzas to the tango salons. He starts on his twelfth with tango dancing and performs for the first time in 1945.

He is a man of the improvisation and creates his own figures.

He loves gaming and beer (“water is for the horse” is a one of his statements).
Another typical statement: “it’s never the last time, always the next to last”.

He is a popular teacher and has taught many times in Europe for a number of years. He is considered the ‘ King of the Milonga.

Unfortunately he died in 1996 at the age of 65, leaving behind his partner Suzuki with a racing horse of which she didn’t know … 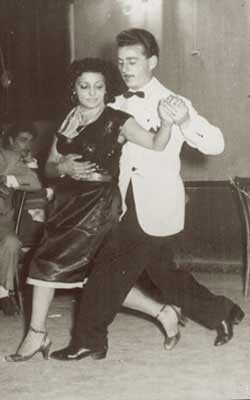 He is inventive and adds new figures, especially to the performing tango, tango fantasía. In all performances you will find something of Antonio Todaro.

He comes to The Netherlands to teach at the invitation of the then Tango School Amsterdam. 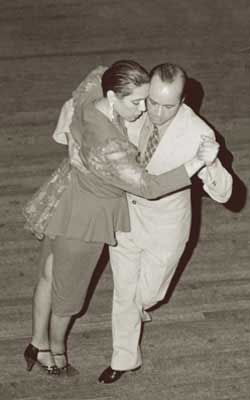 Mirta dances with her first tango partner Gustavo Arias in 1985 her first tango in Amsterdam since her childhood in a play about displaced people. This becomes such a success that she is asked to teach tango.

Lalo Diaz and Mirta Campos are in 1987, together with Wouter Brave (initiator) and Martine Berghuijs, co-founders of the first tango school in the Netherlands: the Tango School Amsterdam.

A few years later they split up and Lalo and Mirta founded the Academia de Tango.

In 1990 they perform with the orchestra of Osvaldo Pugliese on the Benelux tour. 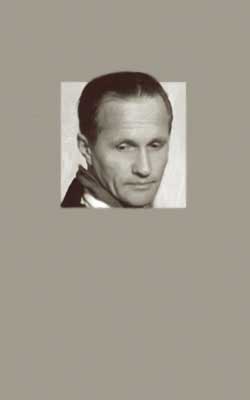 He becomes interested in tango and makes a study about its origins. He starts the tango school Estudio Sudamérica in Berlin and is the first in Europe in the period after the war. From 1981 to 1985, he teaches himself to dance.

Juan develops a teaching method for teaching in the tango. With his school he has activated tango in Germany. With his inspirational teacher training he has developed the tango and made it popular in all major German cities.